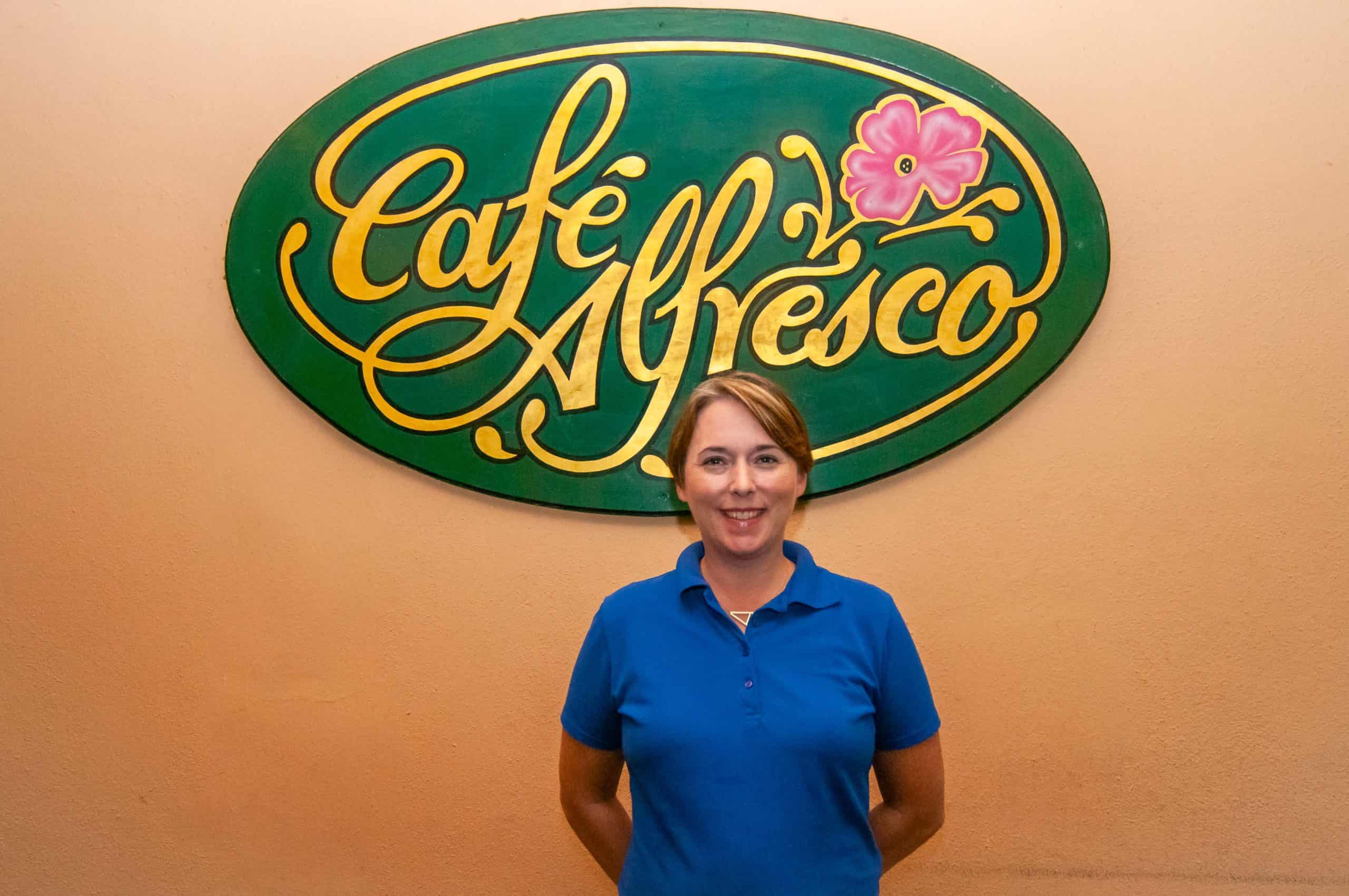 When Ann walked in the doors of Café Alfresco, she knew she had found her people. Coming from Columbus, Ohio where she had lived since age fifteen, uprooting her life and relocating her family to Tampa Bay was stressful – as one could expect. “When we got here, I was pretty much focused on finding a job,” Ann explains. After ten years at her last restaurant in Ohio, she knew what she was looking for, so when friends of her in-laws recommended attending a job fair at Café Alfresco, she took a shot. “I walked in and could see all of the activity, people helping their coworkers, staff laughing with each other and the customers. I knew I wanted to be here,” says Ann. She applied, and the rest is history.

Today, Ann is one of the longest-tenured staff members at the Café.

“Eric. Dana. Woody,” she begins naming the folks who have been on staff longer, “probably only four or five that have been here longer than me.” And for good reason. Ann has found joy in this job and embraces every day.

In reflecting on the many positives of the environment, she notes the high morale among staff. “I know it’s cheesy but we’re like a family,” Ann says with a smile, “it’s nice to keep up with everyone. I might not see someone for a day or two but when we catch up I’m asking them about that place they visited, or that project their kid was working on.”

Not only does Ann have a connection with her coworkers, but she’s also totally embraced her adopted community – and they’ve embraced her. Out and about, folks stop her to ask about her day or to catch up since their last Café visit. In many ways, being a server at Café Alfresco is like being a Dunedin micro-celebrity. And being a micro-celebrity has its perks. “Once, a couple came in for the first time and we got to talking about the area,” Ann tells us, “I told them about Strachan’s down the street, and recommended the pistachio ice cream.” What happened next was incredible. After leaving a generous tip, the couple returned to the Café with an extra pistachio ice cream in hand! Ann was totally shocked, and even more shocked when the same thing happened on their next visit!

“It was so sweet, and totally unexpected,” Ann says, “I couldn’t help but smile for the rest of the day.”

Take it from Ann, who’s been ordering from the Café for years – it’s hard to go wrong with anything! In fact, Ann’s favorite part about working a double shift is getting a free meal. “I like to eat,” Ann states frankly. “My go-to is the Chicken Parmesan, no question,” recommends Ann, “but the scallops are one of those dishes that I order whenever I have something to celebrate.”